Rules of reality crumble before some.

If you’ve ever read fantasy, you know the Magician. Catalysts for change, Magicians operate on a plane above everyone else, able to conjure outcomes and affect change in ways that hoist them from mortal to magi in the eyes of the populace.

As I have mentioned in prior posts in this series, this collection of essays deal with the archetypes first put forth by psychiatrist Carl Jung, and the use of these archetypes in fiction. Every post deals with the motivations, character profiles, and Shadows (or negatives) of each archetype. This week we continue looking at the group known as the Self types, which are defined by goals related to the Ego, or agendas that serve to improve personal spiritual, mental, or physical standings with the world. The Magician, driven by a need for transformation, is next.

Also known as the visionary, catalyst, charismatic leader, medicine man, healer, and inventor, the Magician is the archetype that seeks transformation, and a deep connection to the cosmos, whatever their definition of that might be.

The Magician is not involved in the everyday of regular people; they do not find ‘mortal’ concerns interesting or curious. Rather, they seek the threads beneath the surface that tie a world together. Unlike the Sage, however, knowledge isn’t enough. The Magician wishes to harness magic for their own purpose. Similarly, unlike the Creator, who uses the rules of the physical world, the Magician seems to draw his power from supernatural skill or resources.

The Magician is known as the catalyst for a reason. In the Hero’s Journey, the Magician is the pin in the balloon of a hero’s sheltered life. While the Magician, in fiction, is powerful, he is also often maimed by the same power, restricted (or willfully determined) from assisting the transformation of the world, except from a distance. The Magician is the chess-player. One of the reasons that a Magician might not be willing to risk life and limb is because his power is born of ego–to in turn be corrupted or otherwise consumed by “evil” is one of his greatest fears. The Magician has an extreme duty to his own self-preservation.

The Magician is one of the less flexible archetypes, when it comes to fiction. The faults of the Magician are typically unvarying, as if those limitations did not exist, most epics would end at the second chapter. This means that the Magician is often perceived to be a coward, manipulative, dishonest, and even cultish. However, when a Magician aligns himself fully to the light, away from his Shadow, he can be a force of great healing and transformation for others. The Magician can often return after a fall from grace as a galvanizing force for the Hero, and make all the difference in the world’s darkest hour.

Fascinating and terrifying, Frank Underwood is the modern Magician–shifting pawns and creating power out of nothing. Ruthless in his quest to transform himself, Underwood is masterful is his guise as a person of charisma and a catalyst for others, while harboring a deep, harmful need to simply satisfy himself.

King Haggard, of The Last Unicorn, uses sorcery to trap the unicorns of the world for his own personal viewing pleasure. His world is one consumed by his own ego, and is a Jester (parading as a Magician) and a Lover (the Unicorn) who end up overcoming him.

Ursula is about as bad as a Magician can go. Twisted and cynical, Ursula uses her powers of transformation to turn what is good into less, without remorse.

Sarumon the White is a class example of the Magician (in his original form) corrupted by Shadow, seeking only power, and forsaking the ties to the cosmos that made him who he is.

Merlin is a classic magician, and hardly needs the introduction. However, you can note in many of his appearances that he only changes/manipulates those around him; he does not actually risk harm to himself. 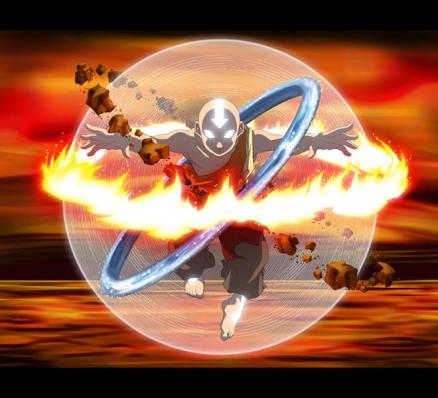 Most of Aang’s journey is about his transformation into a Magician, and the powers that would control him when he achieves that state. However, his journey is a deeply personal one, rooted in a need to transform himself and connect with the energies of the Earth. 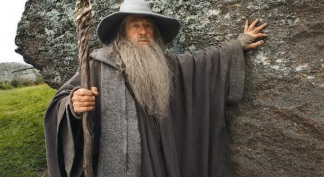 Gandalf the Grey (also listed in The Sage as Gandalf the White) is a Magician who turns into Sage after his fall from grace. He is the galvanizing force of power in the Lord of the Rings trilogy, providing Hope (the hobbits) protection on their quest to destroy the evil that Gandalf himself is afraid of being corrupted by. 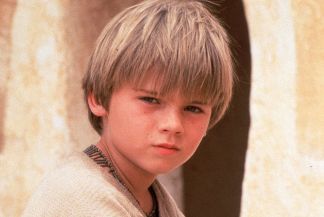 Anakin, as a boy, is naturally gifted–possessing of power so pure that Obi Wan resists the urgings of the Council to not make him a Jedi. As a boy, his goals are to transform into something better than what he is–but through the course of the story, he becomes corrupted by evil (a Magician’s greatest fear), eventually re-emerging to the world as Darth Vader.

Snape is a literal sorcerer, but also a Magician in the sense of his ultimate purpose in guiding and protecting Harry Potter, even under the ruse of despising him.

The Evil Queen, especially in this rendition by Charlize Theron, is one of the best examples of the female Magician that I have seen in recent years. She is a chess-player, and is wholly absorbed in the transformation of herself into an incarnation of Beauty. She revels in the Shadow, and her destruction comes as a direct result of her interfering with the mortal coil to get her way.

Jo feels a deep connection with the twisters she chases, forged in fear and heartbreak, While the rest of her team cites science, she goes with gut and often speaks to the storm systems. When she achieves success, it is almost through unworldly “luck” and, in small part, seems to be a direct result of that initial relationship.

Arjuna is a high school girl who one days finds that she can not eat meat without getting flashes of the life of the animal it came from. This change sparks a personal journey to find her place in the fabric of the world, and awaken the latent power inside her. 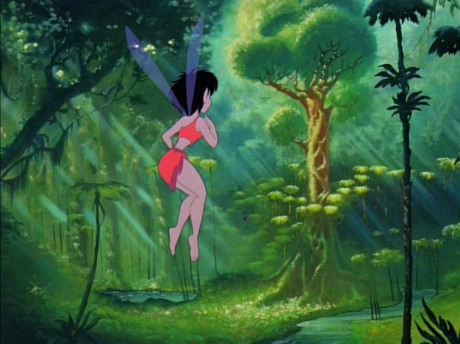 Crysta, of FernGully, is a Magician-in-training. She seeks harmony with nature and the spirits of the forest, her story culminating when she can at last harness the power that will purify the evils that infiltrated her land. These sorts of journeys are common for the Magician archetype, again, because once they have their power, the natural frame of story is impossible without the introduction of a character flaw.

Mystique is a catalyst for change for many in the X-Men universe, most notably Rogue (in the comics) and Magneto (in the movies). Her power comes from her connection, and manipulation, of others, not so much from her very unique skills as a mutant.

Nathan is the techno Magician who created life, who turned something less into something autonomous. However, his desire to control his creation for selfish gain, and the foolish games he played to flaunt that power, ultimately lead to his destruction. 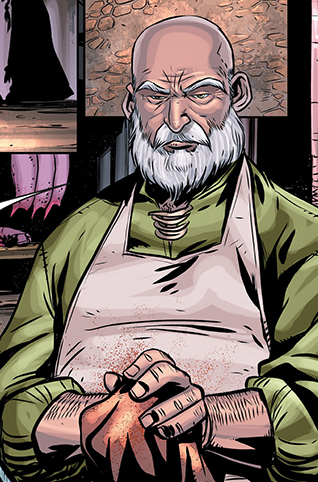 Bayaz, the wizard from First Law, is a master chess player. Rumored to have magic and sorcery beyond reckoning, but his true power comes in his ability to manipulate others and transform the world in horrifying ways, without exerting much effort.