You only live once, and life’s not worth living without a little fun.

In fact, if you happen to be the Jester, present-minded joy is your first and primary concern. As a Jungian archetype, the Jester takes a break from the often romantic or courageous ideals of his cousins, displaying a masterful use of humor to reveal, heal – even hide – the deepest recesses of human trauma and subconscious.

As I have mentioned in prior posts of this series, this collection of posts deals with the archetypes first put forth by psychiatrist Carl Jung, and the use of these archetypes in fiction. Every post deals with the motivations, character profiles, and Shadows (or negatives) of each archetype. This week dives into the last group of Archetypes, the Self Types, which are defined by goals related to independent desires for development, power, or life. The Jester, whose main desire it to stay fully, happily “in the moment,” is today’s selection. 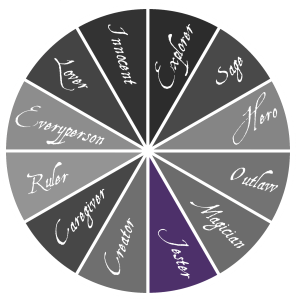 Also known as the clown, trickster, comedian, practical joker or the fool, the Jester is an archetype that is at peace with the paradoxes of the world. He uses humor to illuminate hypocrisy, and also level the playing field between those of power and those without.

The Jester is a fun-loving character who seeks the now, inviting others to partake in creating a self-depreciating form of satire. The Jester is also almost always male, though this may be more from the cultural gendering of humor more than a limitation on the archetype itself. The Jester excels at projecting infectious joy, letting go, and banishing depression or aggression from their friends and enemies. They strive for light-heartedness and carefree living.

A moot life is a Jester’s worst nightmare. In some cases, a Jester can also have a second “dragon,” which takes the form as humor being raised as a shield to deflect inquiries about personal trauma. Since fun and humor are requirements for a Jester’s lifestyle, periods of time where humor might be inappropriate make them uncomfortable, and maybe even willfully insensitive.

The Jester does not seek to solve the story’s problem. His main purpose on the journey is the journey itself. The outcome rarely matters to him, and in some cases, he may even be a bit of a devil’s advocate in the interest of spicing things up. The Jester does not reminisce, or plan for the future. In his darker, shadow form, the Jester may be prone to constant inebriation, or drug abuse. These vices could also manifest as a pervert, or any other negative trait defined by a lack of impulse control.

Unlike some of the other archetypes, there is also a secondary, split framework for this archetype in fiction. The Jester is sometimes cast as the comic relief (often the best friend to the lead character). The main difference between the Jester-as-Jungian and Jester-as-Comic-Relief is that the latter does not know he is the Jester. Comic reliefs are built as humorous foils for the audience, yet still often show the same characteristics of the classic Jungian archetype. 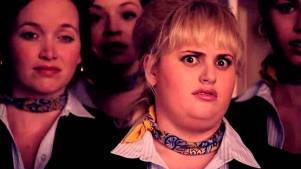 Fat Amy is a fascinating character in that she flips the stereotype of fat = insecure on its head, while laughingly pointing out the often hypocritical standards of the acapella culture she takes part in. However, her humor becomes a barbed shield to those who try to get closer to her (such as the rival acapella group leader).

There are a lot of serious, heavy things going on in Kamala Khan’s life, like getting into arguments with her family, alienating her friends, and, oh yeah, super powers, but it’s hard to find a single frame where Kamala isn’t issuing a wisecrack. Aware of her humor being a defense mechanism, but still unable to help herself, that humor, in the end, aids her in gaining new allies and soothing strained relationships.

It’s hard to make a list of Jesters and not include Beetlejuice. Beetlejuice takes the Jester archetype to the extreme — as he is already dead and is willing to do anything to get back with the living, Beetlejuice adopts a cavalier, often perverted, and definitely inebriated approach to seeking “aliveness” once more.

Austin Powers is a good example of a Jester used in the secondary capacity. Austin believes himself sexy and suave, but of course the audience knows better. As a main character, you can see how goal-related plots might be ill-suited; Austin is often distracted, and the strength of the story comes solely from its satire.

Talk about a devil’s advocate! Leslie Chow is a gangster, and delights in creating chaos for those that consider him a friend. Not above leaving those “friends” out high and dry, Leslie often observes from afar the havoc his actions have wrought, yet shows no remorse, or even a sense of wrong-doing. For Leslie, it is all about the now, now, now. 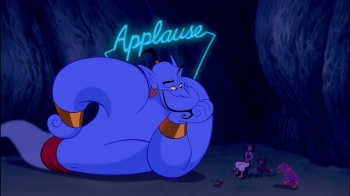 While Disney has its fair share of jesters (Goofy, Mushu and Lumiere, to name a few), the most memorable of them all has probably got to be Genie, from the Aladdin trilogy and TV show. “Infinite, cosmic power…. and an itty bitty living space” remains one of the first film’s most memorable, and concise conflicts, and Genie’s humor, as well as his guidance toward Aladdin, showing the street rat how to live in the now with what he has, VS what he may never receive, eventually earn him his freedom.

You wouldn’t know tornadoes were a deadly force with the way Dusty goes on about them. While Dusty shows human emotion (particularly fear) towards the end of the film, it remains that the “ride” was what it was always about. That and Aunt May’s cooking.

Taking a long trip into deep space for a long shot at rescuing humanity is no easy thing, and for the crew in Interstellar, mental breakdowns are a very real concern. TARS, one of the robot interfaces designed to assist the human pilots, is programmed with a snarky sense of humor, no doubt a crucial element to the crew’s actual psychological health.

Yes, Joker from the same franchise probably should have made my list, but I personally find Harley more compelling, and her motivations are more in line with this archetype (over Joker’s more “Outlaw” leanings). Harley has lived a hard life, and her relationship with Joker is an abusive one – yet, Harley keeps a smile and joke on her lips like war paint, never letting her guard down, perhaps in fear of her own weakness. For Harley, it is easier to strive to be in the moment than to reflect on the vicious cause and effect cycle she has allowed herself to fall into. 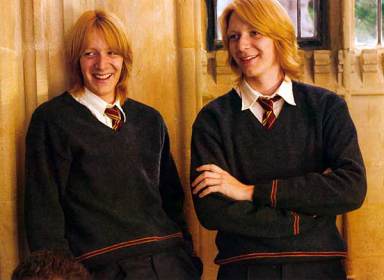 The Weasley Twins hardly need an introduction from me. Their shenanigans are known in our world as well as they are in the world of Harry Potter. And they embody this archetype to a ‘T.’ Fred and George refuse to live a normal day, creating mischief, infectious joy, and light-heartedness wherever they go.

You have to feel pretty sorry for C3P0; designed as no more than a translator droid, C3P0 becomes the brunt of every joke in every language throughout the arcs of the series he is a part of. Definitely more “fool” than “jester,” C3P0 illuminates the bizarre behaviors of people and aliens alike, and we all love him for it.

Meriadock Brandybuck and Peregrin “Fool” Took are about as lighthearted as you can get. Their journey with Frodo is more about being with Frodo than destroying the ring ––and

Roger Zelazny’s classic metaphysical science fiction universe has its fair share of archetypes, but perhaps the most curious twist is Jester as Ruler. (SPOILERS) There is a theme in premodern uses of the archetype (in royal court stories, for example) to cast the Jester as the wisest character, a foil to the foolish king. Random is no exception, and in the arms race to the throne, his attitude of ‘I’ve got no chance so I might as well enjoy myself’ allows him to surpass all of his siblings.

A man with a horribly dark past, Gambit (aka Remy LeBeau) would rather not think about the Thieves Guild, his ex-wife Belladonna, or the fact that he unwittingly took part in the Mutant Massacre as lead man. So, humor is his coat of armor, disarming friend and foe alike to not look that much deeper. (Also notice the motif of the Jester as Ruler in this image).

Nothing takes you further from living than being a skeleton in a catacomb. Skeleton is so desperate to feel the warmth of life again that he can be tricked by a magician into believing air is wine. Though once a king, he is very clearly now a Jester, forcing those who wish to enter the door he guards to play riddle games with him.