Rules are made to be broken, and without those at the ready to test the status quo, they never would be.

The Outlaw, or Rebel, is a fiction favorite, striding through their worlds with a confidence bordering on arrogance and shaking the foundations their society has always known — often doing so with little to no help at all from those around them.

They speak to a base human desire to break free of the rules and constraints of regular life. Take ten minutes to listen to any radio station: the message is loud and clear. Pop, Rock n’ Roll, and Punk have all gotten their popularity by settling in the heart of the listener, and make them feel the blood of the Rebel pumping through their veins.

Also known as the rebel, revolutionary, iconoclast, and misfit, the Outlaw is the archetype that lives for revolution.

The Outlaw, though often motivated by a need to better the world through somewhat questionable means, can also have a desire for revenge against atrocities committed against her.

Independent and radical, the Outlaw employs outrageous or disruptive, shocking habits to shake those they interact with out of complacency.

Though the Outlaw can also be a strong advocate for change, the methods they often employ to get the attention of their oppressor can be outright dangerous or misguided. They can also be dogmatic about their own perspective, and outcast those who do not fit their definition of “good,” thus repeating the cycle of society they are trying to break out of. It is not uncommon for them to turn to crime that harms innocent people on the sidelines, and in the process, lose their way, as well as their sense of morality. They often alienate their friends or those who would otherwise support them.

You would think with Hermoine’s strict sense of “following the rules” that she wouldn’t end up in this archetype, yet Hermoine embodies all of the greatest parts of the Rebel. She is the first and only witch to question the use of slave labor in the wizarding world; she fights against the mistreatment of “Mudbloods”; and in the end, throws away the cast of her life as a good student and role model to be one of the strongest contributors to the revolution, including instigating the creation of Dumbledore’s Army, a direct retaliation against the Ministry of Magic.

Rocket Raccoon, an abused science experiment, is out for revenge and personal gain, keeping an arm’s distance from everyone but Groot, his longterm sidekick. 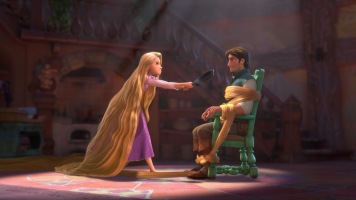 Flynn Ryder loves the Outlaw life. Honestly, he can’t wait until his name is in bard songs and his nose is drawn properly on his Wanted posters. Ultimately having a heart of gold, his insecurity led him to a fringe life of petty theft and duplicitous relationships with everyone around him.

Wild Thing, of “Major League” is a drug-addled, punk of a pitcher for the Indians. Basically everything about this character is out on the fringe, but it ultimately works in his favor as the team adjusts to accommodate his wild behavior.

Sirius Black and his friends were misfits even before they were criminals, but their tactics for dealing with people like the “slimy” Severus Snape caused more problems than they solved. This explicit darkside to his character always means Harry Potter can never, in full confidence, follow his uncle’s example, as Hermoine is quick to remind him when he tries.

Pick your iteration of this classic character of fiction, perhaps one of the most recognizable and oldest of the Rebels, after Beowulf. Talk about a character that shakes up society. It’s quite rare that a character can be identified by a universal slogan: “He steals from the rich and gives to the poor.”

I am vengeance. I am Batman. The knight in shadows, Batman no doubt uses barely-legal methods to bring down villains, often employing coercion and balancing the lives of innocents as more chess pieces than anything else. Unquestionably one of the more interesting heroes in the comicverse, the Dark Knight is a great foil to Superman’s gleaming spotlessness.

No introduction necessary here, but pirates in general are a great example of the outlaw archetype. Freedom-loving to a fault, Sparrow cares for nothing except living the way he wishes to live. Put in a situation where he is relied on, he more than often lets his companions down, pulling through only when it ultimately benefits him to do so. 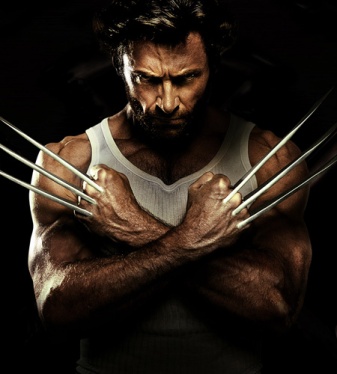 The most lonely loner in the world, Wolverine is as bristly as his codename suggests. He doesn’t need your help, doesn’t need your sympathy, and if you dare try to confine or cage him with your rules, be prepared for a face full of adamantium.

While Wyldstyle’s Outlaw personality has more of a hipster feel to it at time (I’m an outlaw to simply reject what I perceive to be uncool and “normal” in the rest of you), she still works as a trope, or even stereotype, within this archetype. Her desire to be the “Special” lead her to be a bit callous and unhelpful to her teammates at times, but eventually, in order to save her world, she accepts that everyone is special. There is no “normal.”

Humankind must be surpassed. Khan’s determination to undo what he feels is wrong with the world makes him one of the most compelling villains in the television and film.

“In the world I lived in, heroes only existed in comic books. And I guess that’d be okay, if bad guys were make-believe too, but they’re not.” Kick-ass fights to make his world better as the vigilante superhero of his neighborhood, but his questionable techniques inspire others to do the same, to sometimes deadly consequence.

Perhaps one of my favorite Outlaw characters of all time, it’s hard to know whether Al Swearengen is ultimately a good or bad person with the decisions he makes, however, his ruthlessness in getting results cannot be questioned.

The face behind the anti-Capital propaganda machine, Katniss Everdeen is driven by intense personal loss of self and culture. Her rage is what drives her, and at times shows in her darker moments, when even friends turn into enemies.

When a whole town loves to encourage your misbehavior, you know you’re breaking all of the right rules. Ferris Bueller’s one flaw is that he is terribly inconsiderate towards his friends, all in the name of “fun” and his personal pursuit of happiness.

So fringe she is often forgotten in the Disney Princess lineup, Merida doesn’t have the glittery dress, the manners, or the quest for love common with so many princesses.

Not quite the lawyer you’re looking for, Elle Woods rejects the status quo with her pink, bubbly personality, shaking up the often dower, serious world of trial attorneys.

After his secret bride is executed for striking an English soldier who assaulted her, William Wallace leads an uprising to free his country from English rule. A classic Outlaw archetype driven by the need to avenge another. 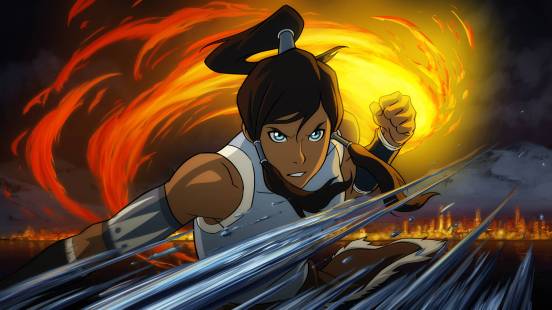 Korra has the hardest time following instructions, especially when those instructions require her to work with others or sit still. She is headstrong, often uses force before peaceful negotiation, leading to escalations of conflict where her adversaries often question how she can really consider herself more “right” than them — leading Korra to an identity crisis as the Avatar, and whether she actually is the peace-keeper she claims she is.

Caeser, born from an ape treated with a special growth hormone, is capable of human speech. He leads a revolution to free apes from their poor treatment at the hands of humans, often having to make hard choices when alliances are drawn. 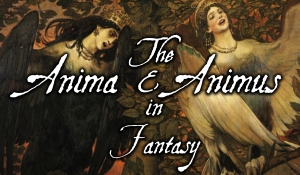