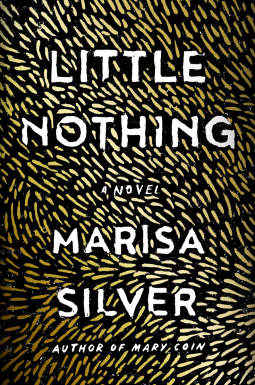 “The silence is so dense that it is just as hard on the baby’s eardrums as is any sound. It is the silence that will become the refrain, when a stranger falls speechless in the child’s presence, or when a villager pushes her children behind her skirts as she passes the narrow market lanes to protect them from what might be catching.”

The story of Pavla the dwarf girl begins with an old woman giving birth. She screams as the gypsy woman that bewitched her old womb to “fill with a flower” urges her to push. Her father, a plumber in a town too superstitious for modern toilets suffocates a chicken in the back, waiting to hear his child cry.

Pavla is born with a large head and everything else too small. Her words are powerful, her situation crushingly real. Too real, in fact, for how the story plays out.

It is always a risky decision to write a book where the main character changes, especially if that first personality is the one that attaches herself to the reader’s heart. In Little Nothing, Silver’s writing is beautiful. Literary. But a transition in the first third left me stumbling through the second, and by the time I had recovered, the third had shaken things all up again. The ending left me feeling hollow, and while I appreciate the allegory and experimental nature of the work, I didn’t feel like Little Nothing ever really concluded. Perhaps it was not meant to.

The publisher provided me with an advance copy in exchange for a review. Little Nothing will be available for purchase on September 13, 2016.

3 thoughts on “Little Nothing, by Marisa Silver”