is for Uji, one of the most famous places in Japan for green tea, and especially matcha. As I promised during my R is for ラリー post this month, I’m going to talk a bit about the green tea store we went to while we were there for the stamp rally. It was truly amazing – the shop owner there is actually the 16th generation of the family that has owned the tea shop for the last 500 years. He showed us all sorts of articles he has been in all throughout the world, and interviews for television, and explained that his shop was actually the “Champion” of Japan – that is, voted best matcha in Japan. It was really exciting to get that sort of explanation before we went back into the cafe to have a taste of his special matcha. There were machines grinding the matcha fresh in an alcove beside the cafe, and only two tables in all the shop. The shopkeeper explained to us later it was because for the last 500 years, they have only worked on refining their tea, not making their enterprise bigger…. boy, could you taste it! It was so good!

After tea, the owner encouraged us to go up to the top of the shop with us, where the store’s personal historical items were on display. It was really awesome, to get a personal historical explanation from the store owner and nationwide champion for nearly twenty minutes in Japanese. He said it was because we had shown so an interest in the tea, more than he saw in most Japanese people who visited his shop. I learned all kinds of cool stuff- for instance, many famous people have drunk this shop’s tea, including the Emperor. At one point in history, the emperor had them hand carry a barrel of tea in royal procession from Uji (near Kyoto) to Edo (now Tokyo). Also, Uji has the least amount of land devoted to tea growing, and is ranked 6th in the country in terms of quality, but despite that, his own shop is #1- not just in age (it’s the oldest at 500 years), but also in taste and quality. His family’s techniques are nearly identical to the methods Sen no Rikyu used, and he teaches tea classes every so often for around $9 that let you grind your own matcha. I really want to try and do this before we leave! 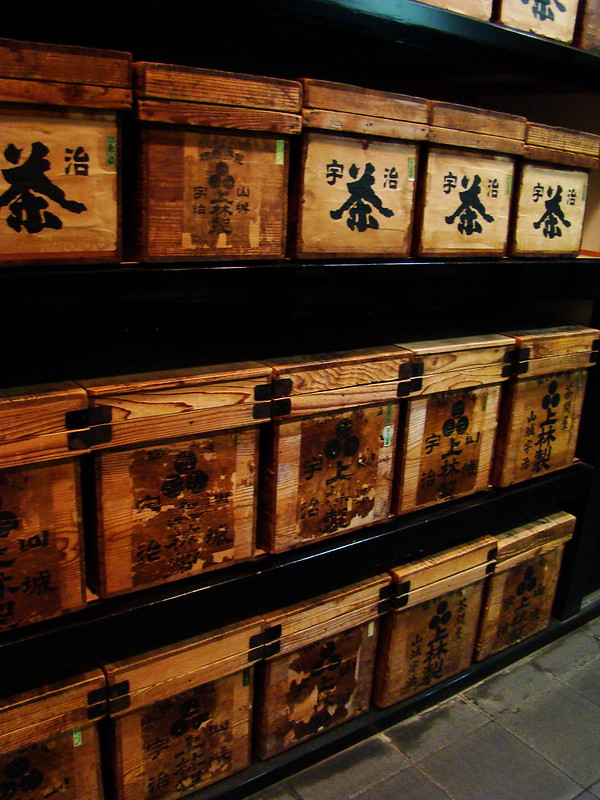 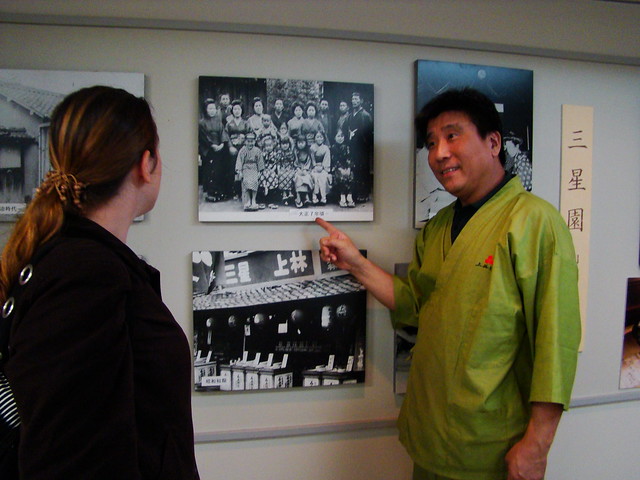 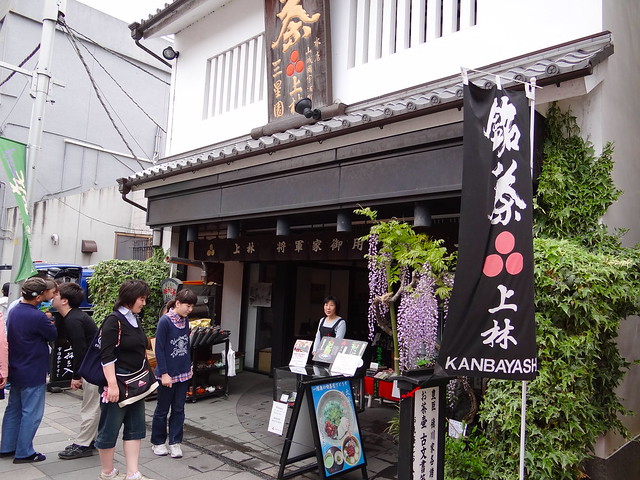 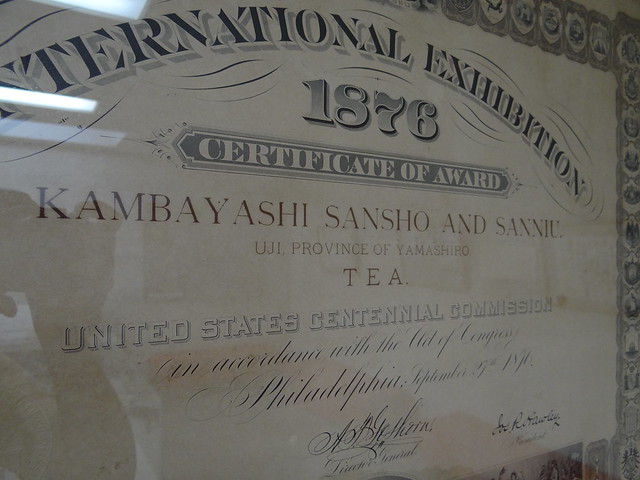