is for tera, or the Japanese word for temple. If you can say nothing else of Kyoto, it’s that there is no shortage of temples. There are at least 1,600 in the vicinity of the city and its suburbs, serving several sects of Buddhism and Taoism. Naturally, I haven’t been to them all, but I have many favorites. I’ll share a few of the temples that are in my neighborhood; about five minutes from my house!

In 1601, this temple was erected in Fushimi as a school for samurai and poets. It was decreed that they would study Confucianism there. It was commissioned by Ieyasu Tokugawa just one year after the Battle of Sekigahara, where, after wiping out all other opposition, he had become the ruling shogun of Japan, establishing a reign that would last until the Meiji Era in 1868. It is part of the Rinzai sect of Buddhism and was first headed by San’yo Genkitsu of the Ashikaga.

The temple was moved to the Ichijoji area in 1667 by a later Tokugawa shogunate, where it has remained. It is being used as a dojo for Nanzen Temple currently, but until recently is has been a nunnery. The temple is most famous, however, for its printing practices that were imported from Korea. Some of the woodblocks they used at the time are still available, so are on display. Some of the sets are over 400 years old.

Enkouji is also highly recommended for viewing momiji (red maple leaves) in the fall. It has a lovely quiet garden that is full of maple trees, with a towering forest of bamboo in the back. It is a lovely temple, and worth a visit, though it is small. There is a small display room for their old woodblock printing press and some scroll paintings, as well a cemetery above the complex. Upon entering the garden, there is a small stone well with bamboo poles. If you put your ear to one of the poles, you can hear the water reverberating like a bell. It is called a suikinkutsu. It’s quite unique! 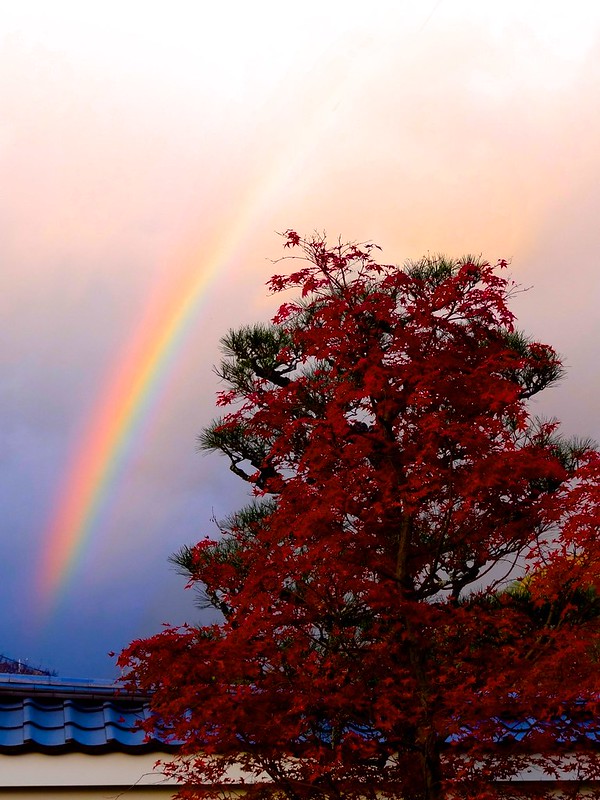 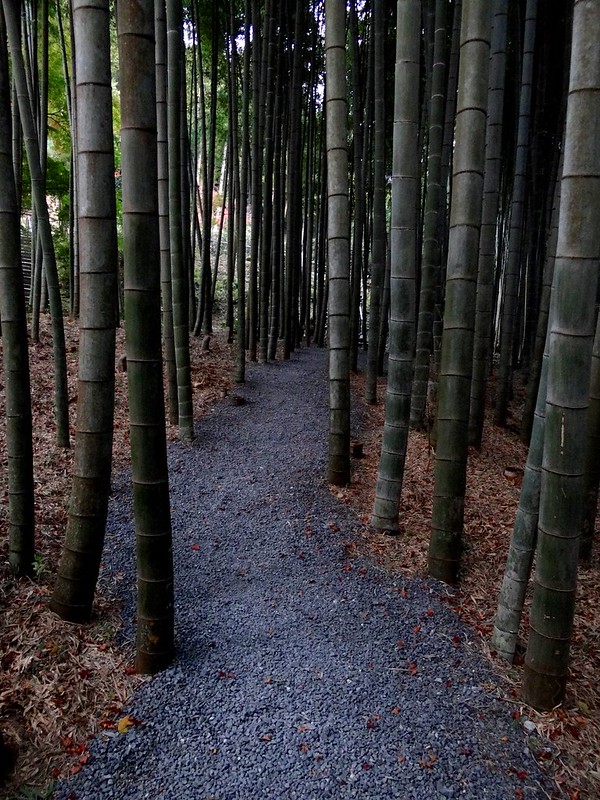 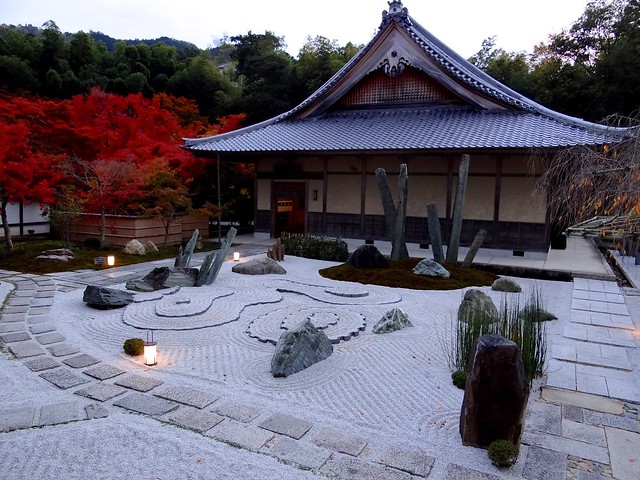 Konpuku-ji is part of the Rinzai sect of Japanese Buddhism. Its principal deity for worship is Aryavalokitesvara, a manifestation of Avalokiteśvara (or in Chinese, Guānyīn). It’s a bit to the south of Shisendō, and is where the great artist and poet Buson’s grave is as well. Matsuo Bashō stayed at this temple in a cottage while he was sojourning in Kyoto writing poems. Buson was a great admirer and follower of Bashō, and upon finding the old site of the cottage where Bashō stayed, he erected Bashō-an, a replica of the retreat Bashō had stayed in.

The temple was founded in 864 by a priest named Jikaku. it was the great spiritual teacher Ennin’s dying wish that Aryavalokitesvara be enshrined there. Ennin is an important figure to temples in this area, and is most well known for becoming the head monk at Enryaku-ji between the period of 854 to 864, when he died. When the temple was first built, it was actually part of the Tendai school, but fell into ruination in the 1600s. Later, the priest Tesshū revived it and it was converted into a Rinzai school for the Nanzen-ji branch of the sect. Shortly after, Tesshū’s close friend Bashō visited the temple and stayed in the small cottage that would later be the site of Bashō-an. The site was revived by Buson in 1776, under support by the then head monk of the temple, Shoso. Buson and his disciples were all put to rest on the premises, in a small graveyard to the side of Bashō-an in a grove of cedar trees. 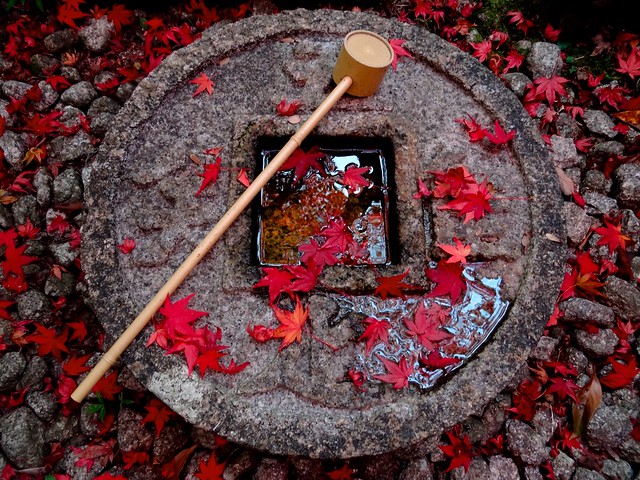 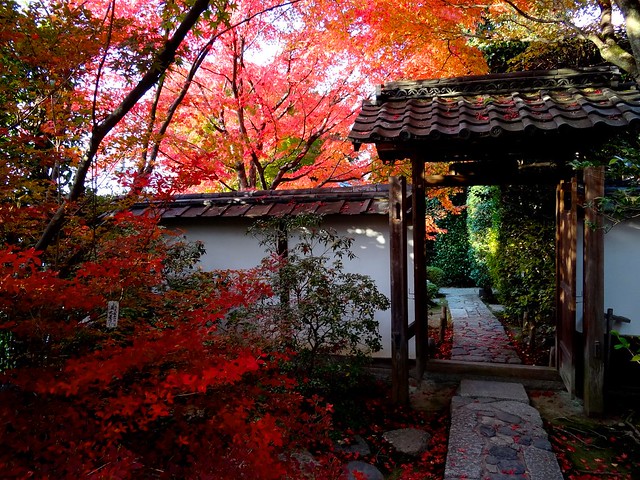 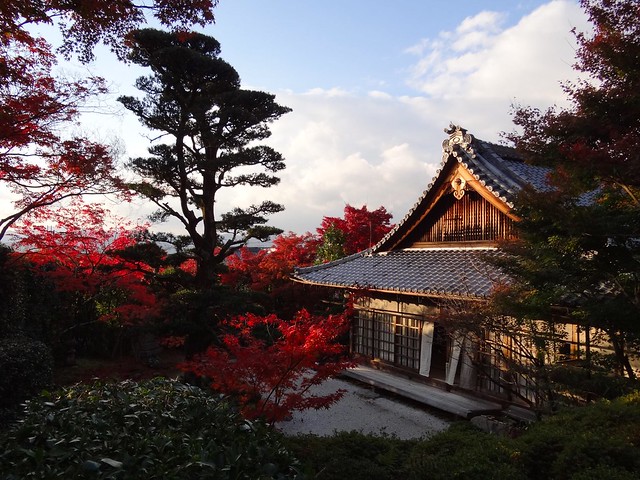 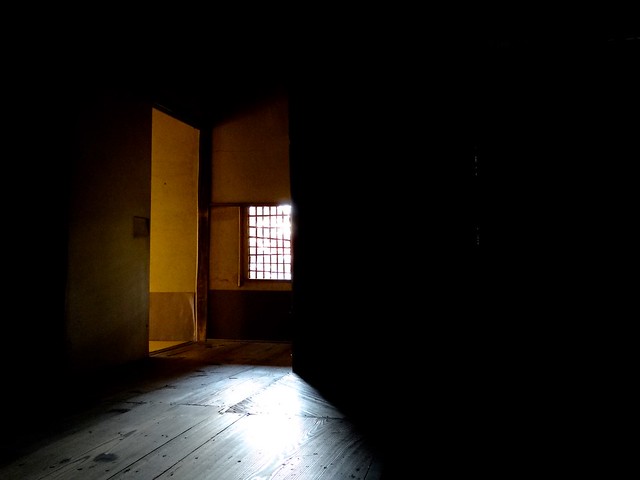 Shisendō was built by a landscape architect and scholar by the name of Jōzan Ishikawa in 1641. Jōzan was a son of a samurai family in Mikawa Province, and was one of Ieyasu Tokugawa’s personal attendants for many years. After retiring from service, he moved to Kyoto and built Shisendō as a hermitage. It is named after the thirty-six classical poets he selected and displayed in the main room, whose portraits can still be seen today.

Jōzan was a master of Chinese poems and Reisho, a type of calligraphy. He also helped bring the art of Sencha to Japan, a type of green tea. Over forty years after his death, a Shingon priest was assigned to the hold the ownership of the villa, and then, in 1743, the prince Kan-in-no-Miya assigned a zen nun to the post. Every since that time, all of the head nuns or priests have all belonged to the Soto Zen group. It is actually listed as one of the temples under the head temple of Soto Zen, Eiheiji, founded by Dogen.

There is a working sōzu, the clacking bamboo fountain which serves as a Japanese scarecrow, as well as a small waterfall. The maple trees boughs hang quite low, like great red parousels in autumn.

(Sadly, I lost all of my photos from this temple when I switched computers! Instead, I’ll share a few more photos of the lovely temples in the city) 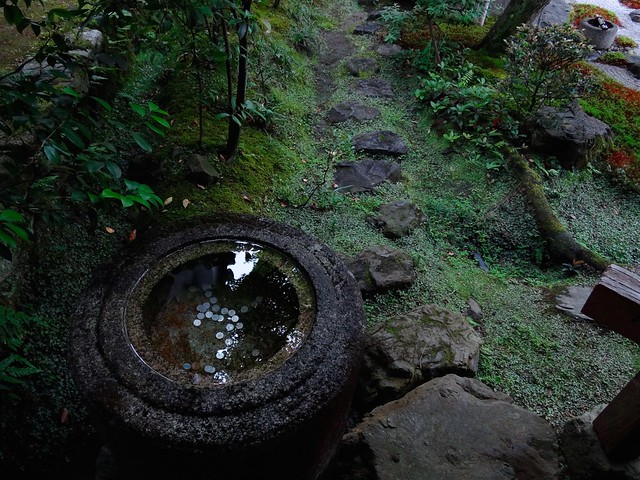 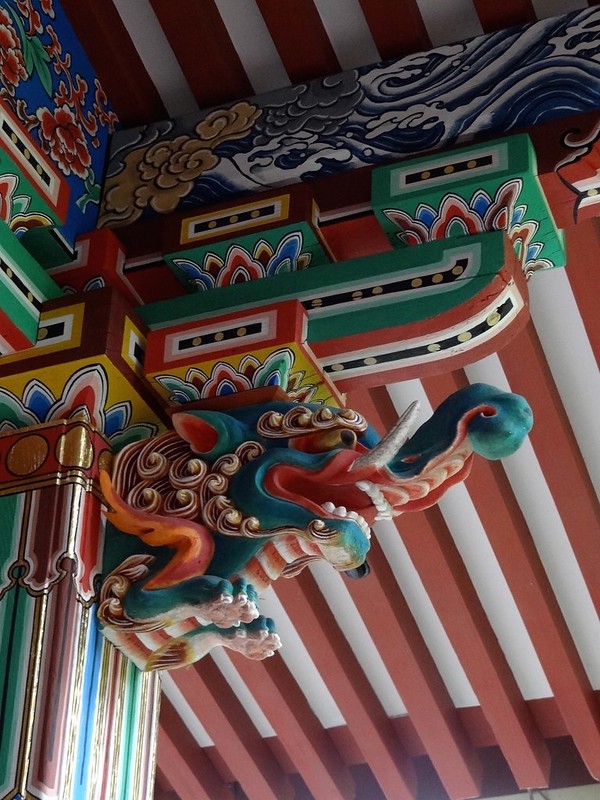 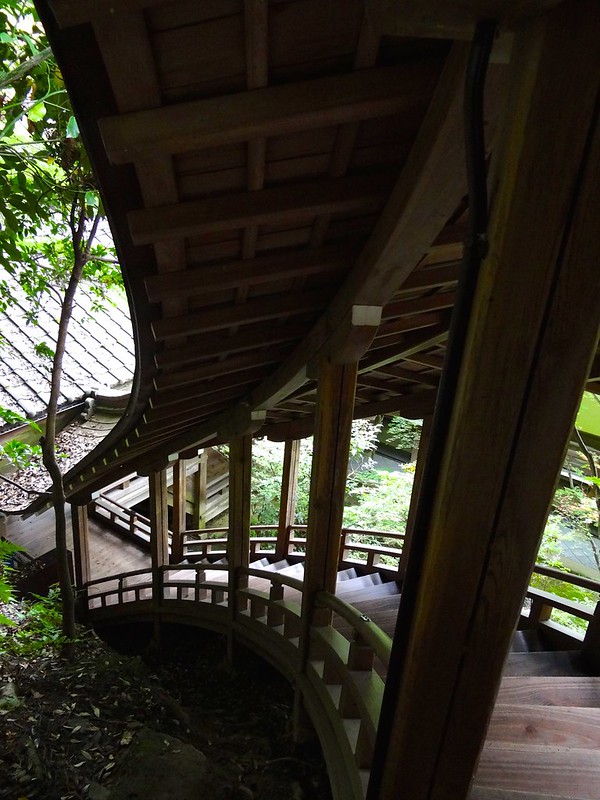