is for jinja, or the Japanese word for shrine. Kyoto has literally hundreds of shrines within the city limits, but today I want to talk about one of the most famous (and voted #1 attraction in all of Japan last year): Fushimi Inari Shrine. Fushimi Inari is one of the most famous and recognizable shrines in all of Japan. Well-known for its long tunnels of torii gates, a red and black wooden archway that symbolizes one’s passage from the mundane to the profound. All of the gates at Inari Shrine have been donated by businesses (the cheapest price for a gate is around $2,500US!) and have been engraved with the business’s information.

The shrine itself is dedicated to the god/goddess Inari, who is the god of five different dominions (fertility, rice, industry, agriculture and foxes). Inari has no predetermined sex, and can be portrayed as male, female or androgynous. Inari’s messengers to the mortal world are white foxes, which are often depicted carrying either a key or a wish-fulfilling jewel. They are often decorated with votive red bibs out of respect by worshipers.

The shrine is also one of the oldest in Japan, dating back to the late 900s with Emperor Murakami. It is a beautiful shrine nestled at the foot of Inari Mountain in southern Kyoto, with many smaller shrines connected to it through the dozens of arch-filled walkways further up the mountain. It can easily take up to two hours to explore the whole area. Highly recommended, with plenty of reasons to visit it more than once. I’m really going to miss the red-orange of Kyoto’s shrines. 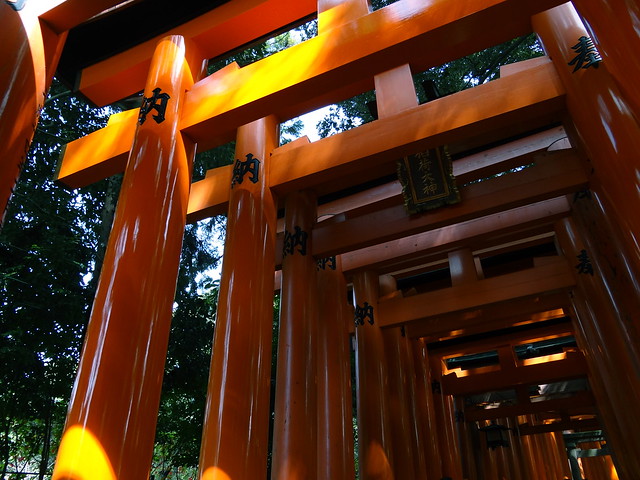 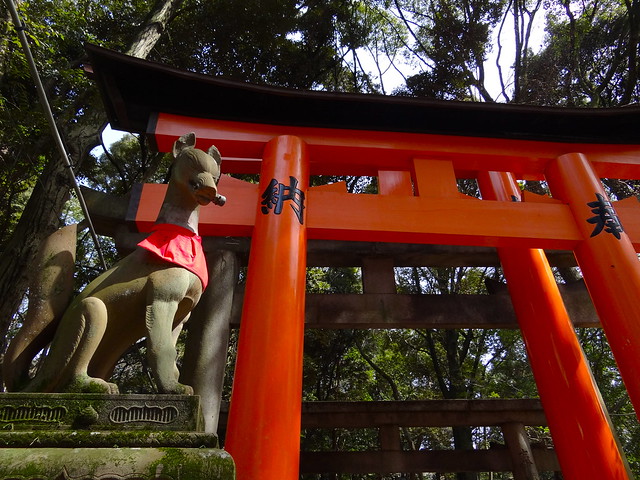 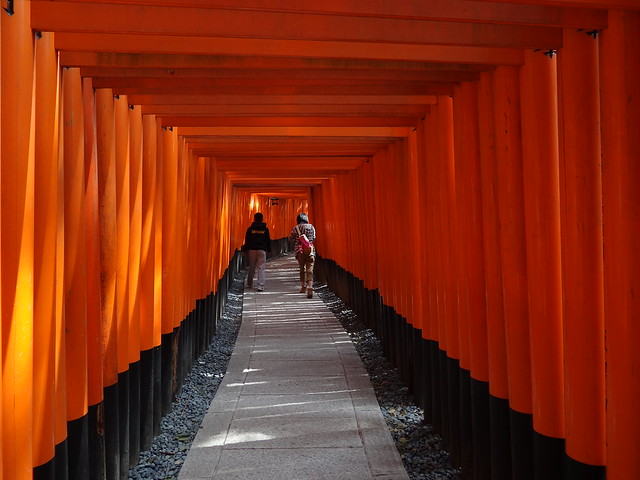 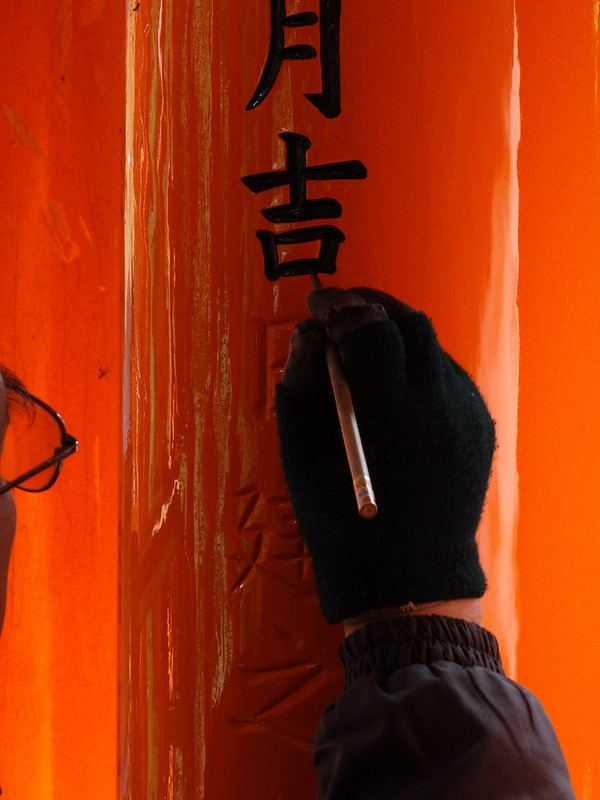 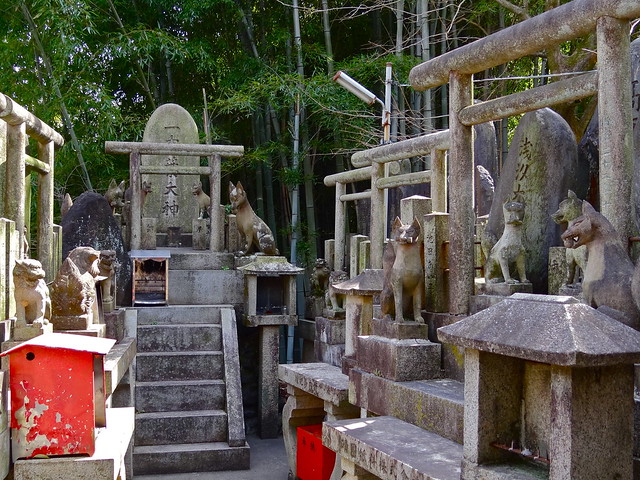 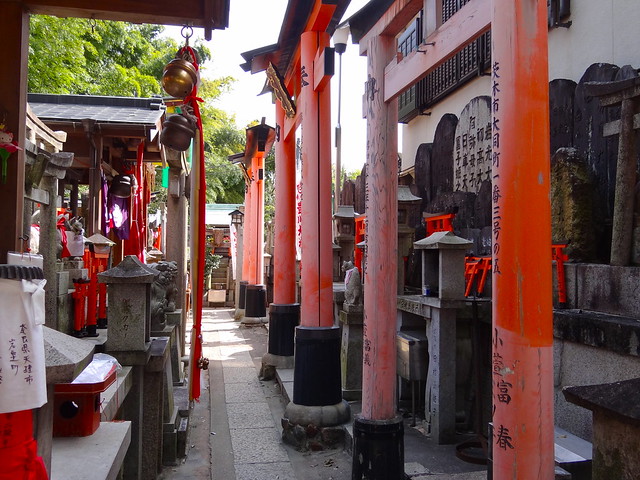 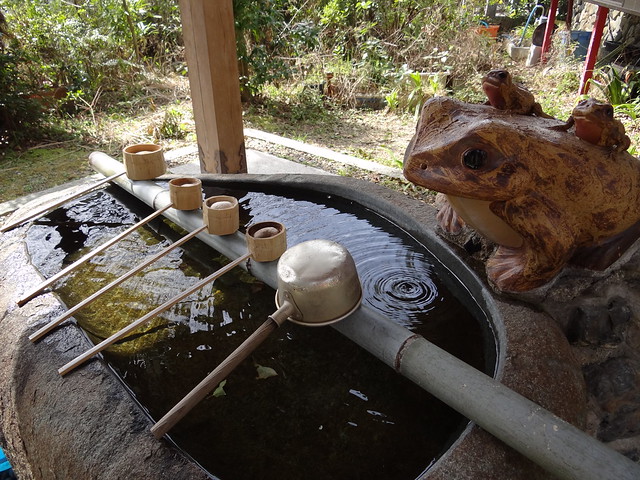