is for rari, or the Japanese word for rally. Japan has many unique ways it entertains its populace, and one of these ways is the stamp rally. They’re basically scavenger hunts, with the object of the game being to collect a number of stamps from stations situated across a complex, or city, or train line. They happen all year, all over Japan, and people of all ages participate. There is usually some sort of small prize if you win the rally. I have participated in one such rally in Uji. I’m reposting my journal entry about it here:

Today was an adventure! Uji was holding its annual Genji Monogatari Stamp Rally, so Nicky and I headed over to Uji for the fun, the matcha and the typhoon!

Now, there are two things one should know about me…. One: I LOVE the Tale of Genji. I have read two English translations of it, written several essays discussing the psychology of the characters and the “missing chapter,” and it is one of the main reasons that I decided I wanted to go to Kyoto for schooling, as it had given me such a beautiful vision of what the old culture of Japan was like. Two: I go nuts over treasure hunts. I’m not too old to admit it.

Naturally, when I discovered that there was going to be a Genji stamp rally, I decided then and there that Nicky and I would go. It worked out that the day we went was Halloween.

We got a late start, so decided early on we would have to take the shorter course (you had to finish the whole track by 4pm or you couldn’t get to the goal), which included ten checkpoints where you could collect stamps. Of course, we wanted to try and get to as many as we could, so did all that we were able, but in the end, we were only able to complete 15/22, which still wasn’t bad, given that the locations were situated all throughout Uji, and one was on top of a mountain.

Right off the train, we were greeted with rain, which wasn’t too bad at the time, but quickly grew to typhoon scale. That didn’t deter us. There was no way anything could when we saw a sign that, instead of saying “Uji”, said “The Town of the Tale of Genji”! Pretty much, the object of the scavenger hunt was to find the red and white tents that had the stamps, and fill up your pamphlet by 4pm.

Even though we knew our time was limited, it was impossible not to slow down and simply enjoy the scenery. Uji is famous for its matcha (ranked 6th in all of Japan), so there were lots of tea stalls everywhere. We stopped at one in particular, which was roasting its leaves fresh, right in front of the shop – the smell was so amazing. After finding out that the stall would be open until 6pm, we promised to return and carried on with our adventure.

Most of the locations were pretty close together, and everyone was having lots of fun doing it together, but at some point there was a mountain to climb. By this point, we had already visited the official Tale of Genji museum (where Nicky bought me the entire boxed set of the story in Japanese, and we bought a beautiful screen of Lady Murasaki for our house), so we were lugging quite a bit of weight with us on the way. Still, we were having an amazing time, and the view from the top of the mountain was really beautiful, so it didn’t matter.

By the time we got down the mountain though, there was so much rain that umbrellas were absolutely useless. We quickly tried to make our way through the rest of the points, especially since we only had 30 minutes left to complete the course, but to no avail. When we asked some passerby where the #10 stall was, one sadly informed us that we were too late. The contest was over.

Perhaps because he saw how crestfallen we were, or how the rain might have hindered quite a few people, or simply because he could see from our pamphlets that we had really tried, the man we had talked to took pity on us. He had us follow him to the tent that was designated as the goal, and it dawned on me that he was actually a staff member, as he knew everyone there and managed to fetch us the #10 stamp, simply so we could get our badge after a hard day’s work. He then led us to the main counter, where we got a badge, a stamp of completion, and a prize- I got same face tissue and Nicky won a Genji notepad. We thanked him profusely, of course, before braving the rain once again.

On our way back to the station, we did a little more shopping, but more importantly, we went back to that tea shop from before. However, that is a story for another (A-Z) day!

Finally, we decided it was time to head home…. the trip was mostly uneventful, except for the fact that we were forced to buy trash bags and ponchos to protect our belongings from the rain as we attempted to bike home for nearly an hour in the typhoon. It was utterly ridiculous, I’m not going to lie. The hoods of the ponchos wouldn’t stay on with the rain, so it was pointless to protect our faces from the dripping water coming from our hair. The clothes that were not covered completely by the ponchos were soaked completely through in a matter of minutes. It was cold and miserable and wet and more wet than even that, but the whole way home we were laughing. It was an absolutely perfect day, even with the typhoon.

I love my life with Nicky, and today was just one of those days that reminded me how much. 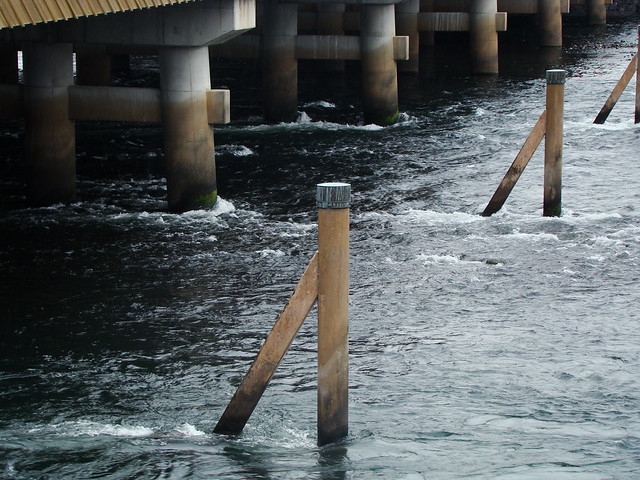 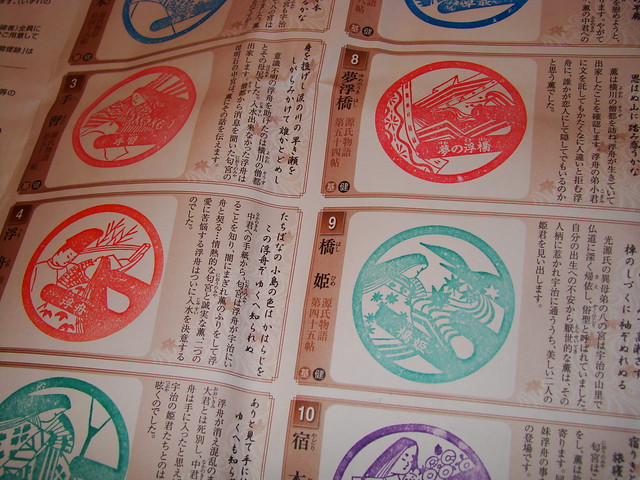