is for onsen, or the Japanese word for natural hotsprings. Onsen are the hidden delight of Japan. Many foreigners are turned off by the idea of getting naked with a bunch of foreign people you don’t know, but it is by far my favorite activity to pay for. NJ and I have been known to, like the locals, plan entire vacations around trips to the onsen.

Hot springs have their own culture. Different prefectures provide different types of mineral and ion baths, or, if they’re particularly fancy, tea baths. They come in all temperatures, from frigid as a ice to hot enough to boil eggs (and you can eat the egg after you boil it!) 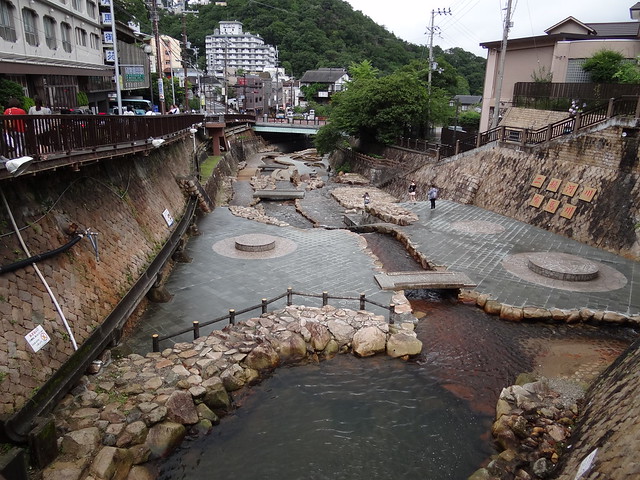 It is a relaxing experience, soothing aches and sore muscles, relaxing the mind and offering a moment of peace and tranquility for the soul. I am going to miss being able to hop on a train and go to one when we leave.

Onsen aren’t just about the bath. Many offer massages, meals, and even accommodations. One of my favorite, “all-purpose” onsen in Japan is located in Odaiba, Tokyo. 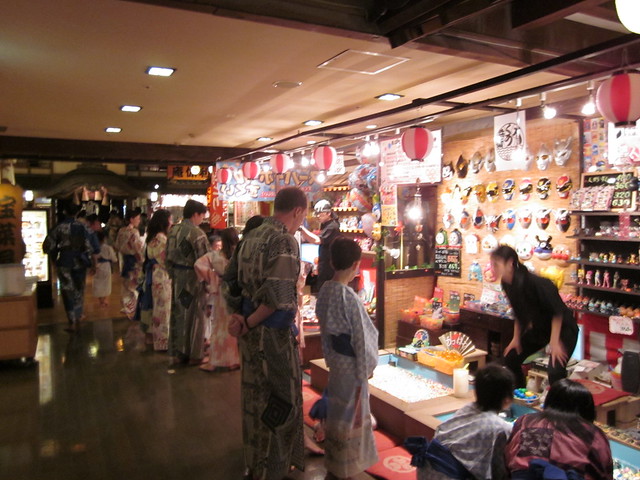 O-Edo Onsen is like a theme park (pretty much) and is really cheap! It is mostly an indoor “playground” modeled after Edo Period, so as you explore the little shops and game arenas, you are protected from mosquitos and the humidity is kept under control. The only place where this is not the case is the foot bath area, where everything is outdoors.

The foot bath area was our first stop in O-Edo Onsen, and while we tried to walk the foot bath, the pebbles they used were simply too much for our poor feet, so we gave up. NJ suggested we go try the ダークタフィシ (Doctor Fish), so we went over to the Turkish fish bath house to explore. The moment you stick your foot into the water, sixty to seventy small, black fish descend upon you to gobble up all the old skin on your toes, ankles and elsewhere. Naturally, this is extremely ticklish for the first few minutes, though afterwards the feeling is quite pleasant. Our feet were so smooth afterwards, and for the next three hours they felt so relaxed!

Next up in our adventure were the hot sand baths. This was also pretty awesome. The sand was kept at 45ºC, which is 113ºF, so it didn’t even take five minutes before we were sweating profusely. It was a really nice feeling though. Our skin was so smooth and clean after we showered the sand off. I felt like I’d just gotten an entire spa treatment and we hadn’t even gone to the onsens yet! 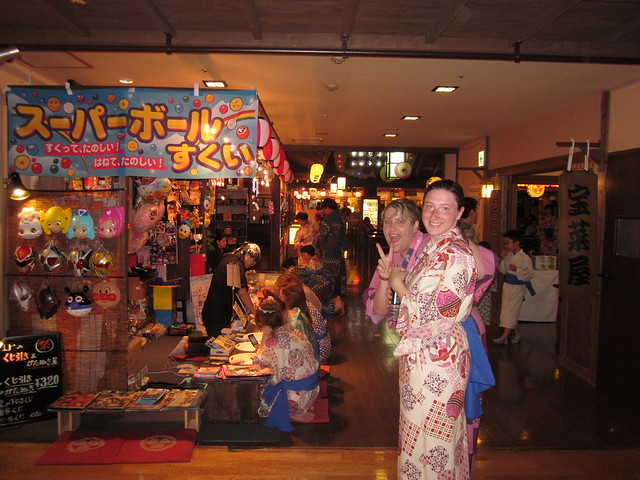 The onsens, however, are the very best part of O-edo Onsen. All of them are free after you pay admission, and the women’s side sports nearly twenty baths of all shapes, sizes, temperatures and types. Nicky and I tried out the barrel baths, the outside stone and hot baths, and then we went inside to sample the single jet baths and matcha onsen. It was so much fun! I definitely want to go back again, maybe with a larger group, and definitely before we leave.

Fully refreshed by the fish, sand and hot water, Nicky and I decided to treat ourselves one more time to a fancy Japanese meal. The dinners were Edo-themed, with NJ getting a bento full of old style foods that we weren’t familiar with. All I know is that I’m pretty sure I ate a sea slug. My own plate was mostly sashimi, and we both had a seafood pudding as well. Lots of interesting and new textures and tastes – I just wish I knew the name of what we ate! 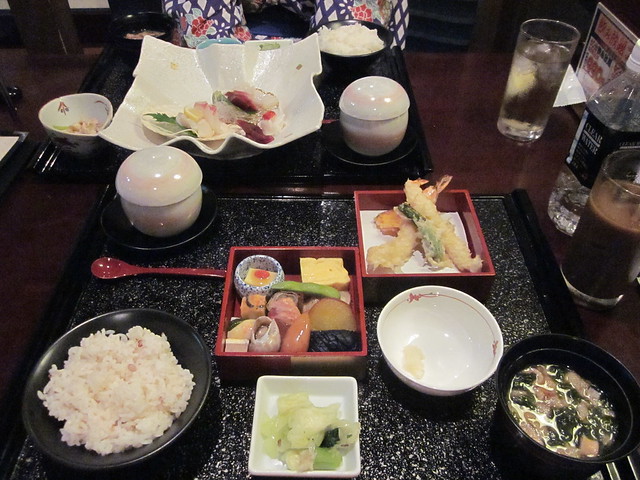