Tropes. Clichés. Archetypes. From the Hero’s Journey to magic swords, these devices abound in works of fantasy, from the most ancient of mythologies, to more contemporary works of fiction.

While tropes and archetypes should not be confused with the more negatively-defined cliché, all work together to build a story that is not only accessible to readers, but also bigger than the page they appear on. The use of archetypes and tropes in one’s writing can make for characters and stories that are complex and familiar, which urges greater investment from the audience that interacts with the story.

Tropes, clichés and archetypes have all been researched, compiled, espoused and, at times, discouraged, in a variety of sources, both in print and online. Archetypes, originally coined by Carl Jung for use in his analytic psychology theory, refer twelve main, primal personalities that appear frequently in mythology and fairytales across the world. They differ from stereotypes in that they are used as the framework of a character, rather than a means to an end. A good example of this difference would be The Chosen One vs. The Hero.

The Chosen One is considered an overdone cliché in that, as A.F.E. Smith writes: [The Chosen One] tends to go hand in hand with a simplistic good-versus-evil morality structure. You can’t have someone destined to save the world without also having someone or something it needs to be saved from.

The Hero, on the other hand, has a set of motivations, mottos, and a darker, shadow side that help build the complexity of character that their Persona is then laid on top of. As an archetype, The Hero has many similar traits with The Chosen One, but rather than being a passive suggestion of who or what a character is, it is active in developing a multi-layered framework for further character development.

Simply, the archetype portion of The Hero is the bones of the character, while the story portrayed builds the muscle and organs, and finally, The Persona is the skin that they use to interact with other characters on the page.

Of course, clichés can be used effectively, and archetypes, tropes, and clichés are not mutually exclusive. Examples can be gleaned easily from pop culture.

In all, Jung suggested that there are twelve archetypes, each with unique motivations, mottos and shadows (darker sides of the generally positive image we assign to each role, for example, the nurturing Mother vs. the overbearing Mother). While this post won’t go into each archetype (next time!), they are all listed here:

Instead, I’d like to take a look at the Anima and the Animus, and how they relate to fiction-writing, and in particular, fantasy.

The Anima & The Animus

Traditionally speaking, Jung correlated the anima and the animus with polarized, binary genders, and their relationship to one another. This is, in itself, another archetype, coming from the desire for dichotomies, either in the form of positive vs. negative, winter vs. summer, man vs. woman, white vs. black. In other words, the yin-yang. 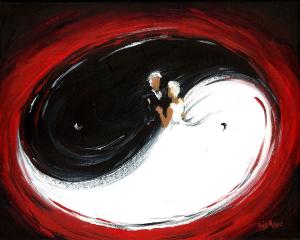 However, today’s thinking excludes genderfying traits of personality, especially since binary gender is now widely accepted as a social construct (over sixty have been suggested to exist). So while the simplistic definition of anima has always been “the feminine principle, as present in men”, now we might redefine it to be the state of accepting emotionality, including the creative forces, intuition, and imagination.

Jung originally believed that men had one central anima to the psyche, while women were often host to several animus (the male counterpart). The anima also had four different states (of eroticism), which Jung titled Eve, Helen, Mary, and Sophia.

Eve –– the emergence of an object of desire. For Jung, this was when men saw women merely as “The Mother”, or the object to be fertilized.

Helen –– A woman as a placeholder for virtue. In this state, the woman has already achieved some success on her own.

Mary –– The spiritual mother; a holy version of Eve, and often the last state accepted by the man.

Sophia –– Wisdom with virtue. Highest level of mediation between the conscious and unconscious mind.

The point of the anima was to show how, first, a man might get in touch with his unconscious and grow as an individual, but also how he would interact to women in his life, based on the current state he is in. The animus has four similar levels, but rather than being tiered, can be occupied by several men at a time in a woman’s unconscious or daily life. For the animus, the states are as follows:

Man of action or romance –– Possessing of initiative and a capacity for planned action. A war hero, hunter, poet.

Man as a professor, clergyman, orator –– The bearer of the Word.

Man as a helpful guide to understanding himself –– an incarnation of “meaning”. A mediator, spiritual leader, messenger of the gods (Hermes). Highest level of mediation between the conscious and unconscious mind.

However, for person to get “in touch” with an animus does not mean their central Self, or Persona is altered. From Wiki:

The process of animus development deals with cultivating an independent and non-socially subjugated idea of self by embodying a deeper word (as per a specific existential outlook) and manifesting this word. To clarify, this does not mean that a female subject becomes more set in her ways (as this word is steeped in emotionality, subjectivity, and a dynamism just as a well-developed anima is) but that she is more internally aware of what she believes and feels, and is more capable of expressing these beliefs and feelings. Thus the “animus in his most developed form sometimes…make[s] her even more receptive than a man to new creative ideas”.

While fiction-writing, perhaps, does not make use of all the levels of anima and animus, especially in the inner conflicts of the main characters, tropes have emerged that follow these sentiments. In fantasy in particular, one of the most classical versions of narrative, when the main character is a male, is that any central female in the text often becomes (or is) romantically inclined towards him. Look no further than The Odyssey, The Lord of the Rings, The Matrix, or Terry Goodkind’s Sword of Truth.

Conversely, when the main character is female, at least in Western fiction, there tends to be a harem effect, with the woman surrounded by men either competing for her, or guiding her forward (Twilight, Hunger Games, Little Women). These archetypes (on both ends) have obviously led to a great deal of tropes and clichés over time, many of which Anita Sarkeesian deals with in her ongoing Feminist Frequency series. (Oddly, this is reversed in many classical Eastern fantasies.)

However, should we strip the genders from these roles, their usefulness to fiction is still apparent. In dealing with a character whose subconscious is the anima, you have a character that is more proactive and willing to execute the tasks put to her, while a character with a suppressed animus would be more reactive, unwilling to leave their comforts to perform.

In other words, what we might refer to today as an extravert or introvert.

It is no wonder, then, that Jung’s archetypal categories became the basis for the Myers-Briggs Personality Test.

It is my belief that inner conflicts, like those portrayed by Jung in the four steps of both the anima and animus, can occur regardless of the gender. Further, these bases for inner conflict can help shape characters in profound ways.

Frodo Baggins –– a passive character forced into an active role, he must ultimately get in touch with, and use, his inner strengths to overcome the conflict of the Ring and the disbanding of the Fellowship. However, his initial passivity remains the central pillar of his character when it comes to the climax with Gollum, who was spared an earlier death. His more passive, emotional nature also slowed the corruption of the Ring, whereas the other, active guardians surrounding him (animus) are corrupted quickly.

Harry Potter –– Harry is an active, curious character who is eager to go on adventures and expand his world. Yet a central figure always looms in his mind: the Dark Lord (the Chosen One‘s nemesis). His anima could also be the spirit of his mother, whom he never really knew yet has clear perceptions of. It is this perception that guides him through his trials (Harry must LOVE, rather than HATE, for example, to conquer).

Both of these examples have little to do with gender, but fall within the confines of Jung’s overreaching definition.

What other books can you think of that help illustrate (or refute!) this idea? If one does not have a dichotomy of personality at work, can they still come across as more than a cliché, or cardboard cut-out character? 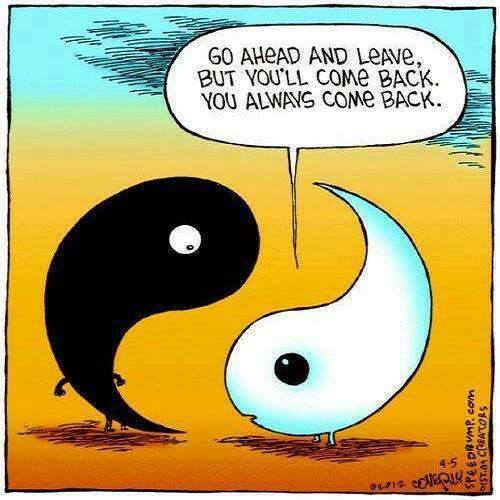 25 thoughts on “Archetypes: The Anima & Animus in Fantasy”